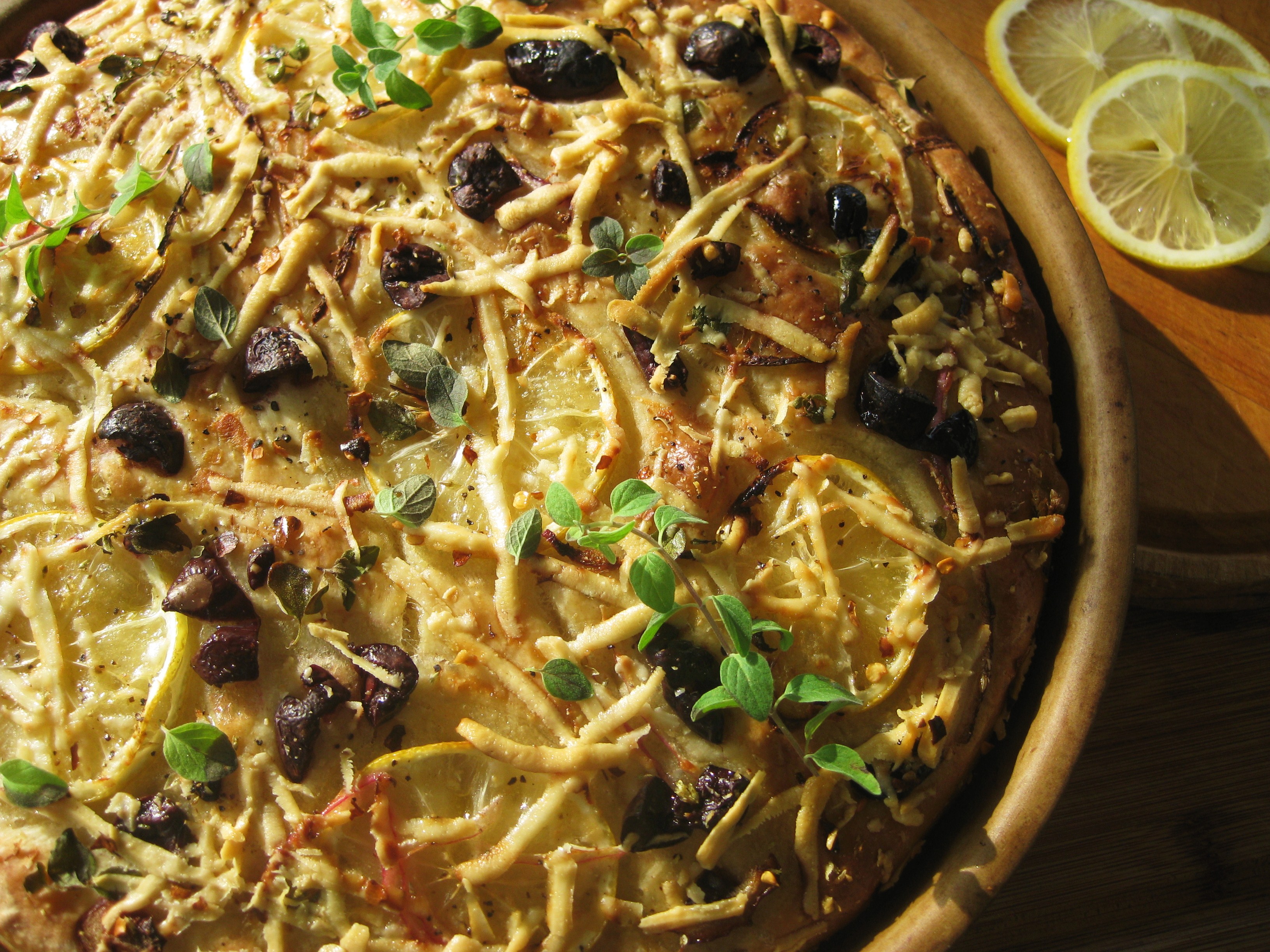 My father would share many of his memories and stories growing up in Sicily.  His parents had moved to America before he was born but soon realized they missed their home and lifestyle too much.  My grandmother was then pregnant with my father so they waited for his birth and when he was a few months old, returned to Sicily.  At the age of 17 and on his own, he left Sicily to come back to his birthplace.  My father was always proud to say his was born an American and never returned back to Sicily, not even to visit.

There were many things he missed and spoke of; his family, brothers and sisters, the abundance of fresh seafood and freshly prepared dishes and the ocean he swam in almost every day.  And the lemon trees growing in his family’s orchard!  I could tell what was most precious to him by his raised interest and excitement, and well, from a child’s perspective, his repeating of the same stories over and over again!

His meals included lots of fresh fruits and vegetables and lemons were used quite frequently in his cooking.  He prepared simple food taking what he had and turning it into delicious meals.  Sitting around his table for a visit, you had better arrive hungry, as the food constantly appeared covering the table with quite an assortment.  There really was no excuse for being full or not tasting all that he offered!

I know he would love this lemon focaccia bread to dip in herbed oil or slice in half for a sandwich.  The recipe evolved from a mix of different recipes and notes.  There is no olive oil in this but is drizzled on at the end.  I like to use olive oil that I have gently heated in strips of lemon rinds and cooled.   It’s lightly lemon flavor is balanced with sharp pecorino cheese, thinly sliced red onion, Kalamata olives and fresh oregano.  A sprinkling of citrus sea salt and a drizzle of the lemon infused olive oil at the end finalizes the amazing flavor!

And back to you Lisa, this focaccia bread would go fabulously with your Cannellini Bean Dip at Smart Food and Fit !!

Using a KitchenAid mixer, combine the yeast, 2 ½ cups flour and water.  Whisk to combine well and allow to sit for 15 minutes.  Add in the remaining 2 ½ cups flour and salt.  Knead with dough hook for about 8-10 minutes.  Dough will be quite soft and sticky, but not overly sticky that it sticks to the bottom of the bowl.  Add additional flour as needed.  Turn dough into a well oiled bowl, cover with plastic wrap and allow to sit for 3 ½ – 4 hours until doubled in size.  (The dough can also be made up to 3 days ahead; refrigerate the dough after it is kneaded and on the baking day, remove from the refrigerator and allow to double in size on the counter, about 4 hours).  Remove the dough to a large baking sheet, about 17 x 22 and gently press dough into shape using your fingers to dimple the dough.  Allow to rest for another hour.

Preheat oven to 500 degrees.  Lay the lemon slices on the dough, onion, olives, oregano and freshly ground black pepper.  Drizzle on some olive oil.  Reduce the oven to 450 degrees and place in the oven.  Bake for 15 minutes, remove and add the pecorino cheese, rotate the pan and return to the oven.  Continue to bake for another 15 minutes or until lemons and crust is golden brown.  Remove from the oven and transfer to a cooling rack.  Sprinkle on citrus sea salt and a drizzle of lemon infused olive oil and allow to cool for about 15 minutes before serving. 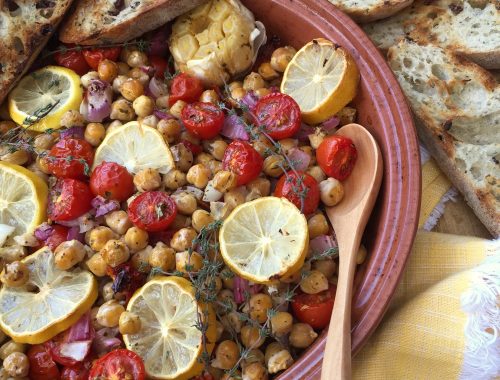 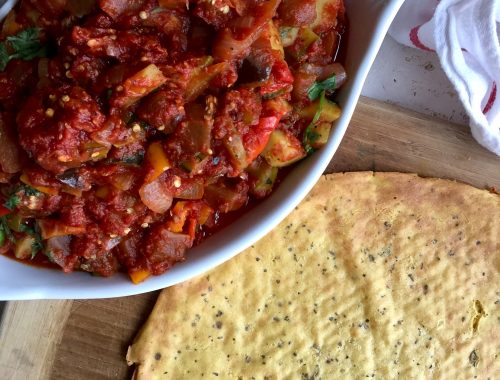 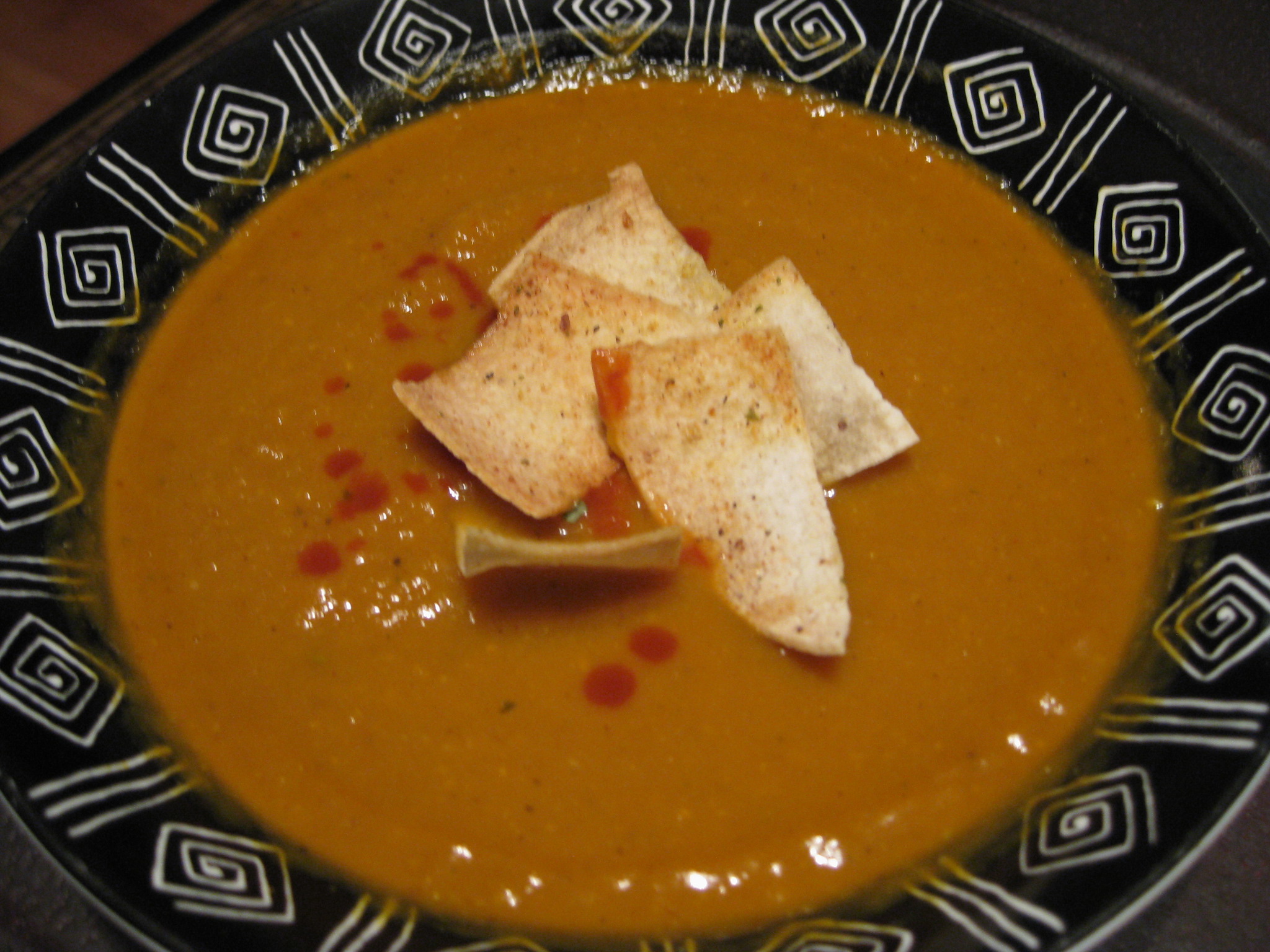