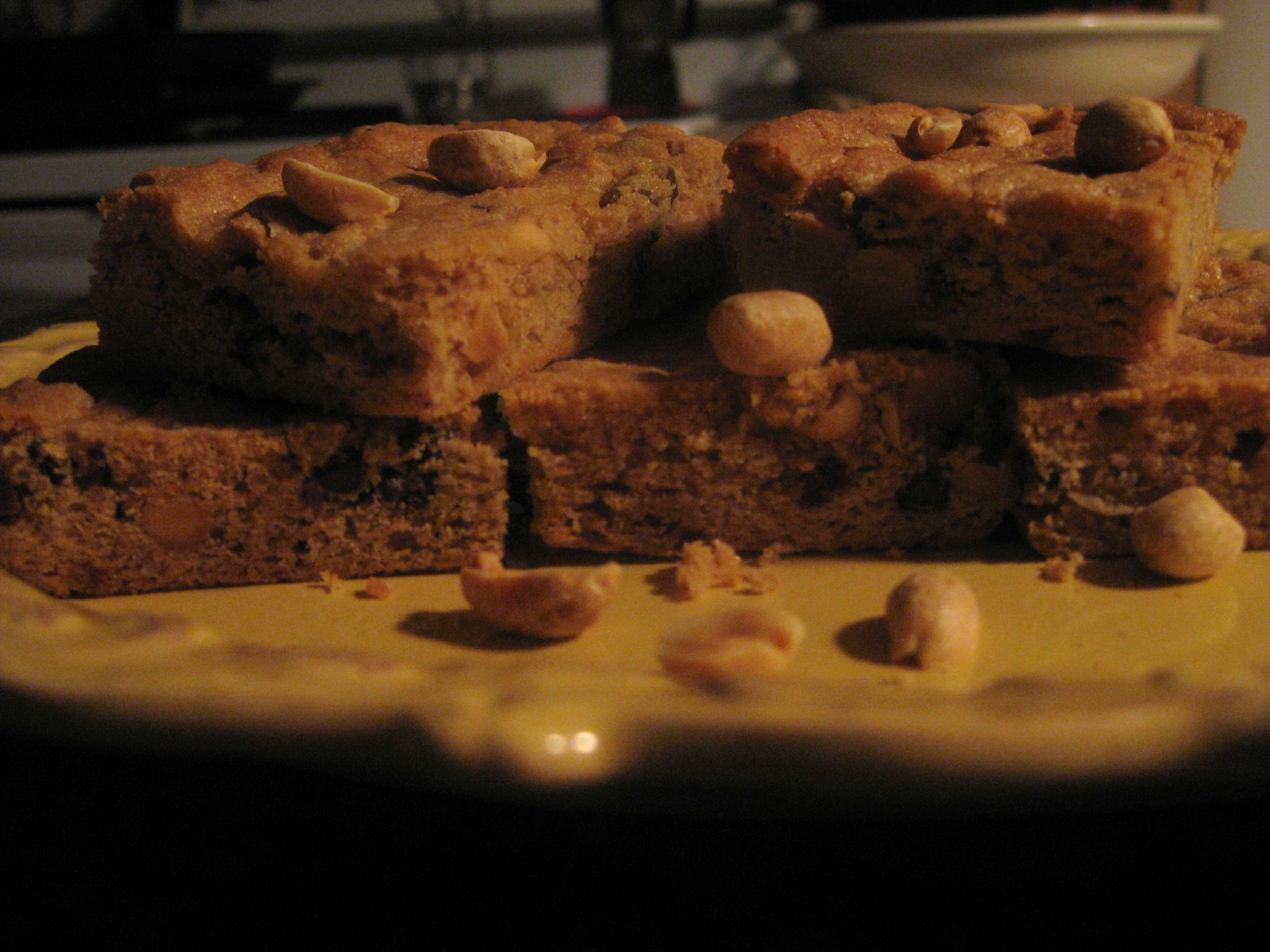 I love it when a recipe just bakes up perfectly. As often as I bake, I do have those times when my cookies are flat, when my layered pies bubble into each other, when breads are not as light and airy as I prefer. I know my problem is that I tweak recipes. Which is okay to do for general cooking where I adjust to my taste and style, a little of this and more of that. But when baking, it’s more a science of exact measurements. Yet still, I tweak.

My desire to bake blondies for my January EMS treat grew into desiring a peanut butter taste and why not, chocolate too!  I also had to double the recipe; which doesn’t always work for baking.  But in the end, two large baking sheets produced amazing peanut butter chocolate blondies! The recipe below is for a 9×9 pan or an 8×8 pan; obviously the 8×8 will be a bit thicker. Doubling the recipe as I did worked fine and fit my 11 x 17 pan. These bars would be great for bake sales as they can be wrapped up individually and easily make a large quantity.

My home was filled with an amazing aroma of warm baked peanut butter and chocolate. Such sweet torture for anyone who entered my home as I posted a note; “Sweets are for a client – Don’t touch!!”

Preheat oven to 350 degrees. Spray a 9×9 pan and line it with parchment paper allowing paper to extend the sides of the pan for lifting out blondies after baking.

Whisk together the flours, baking powder, soda and salt and set aside.

In a large mixing bowl, beat together the softened butter and peanut butter until very smooth. Add the sugars, egg and yolk, vanilla and mix in well. Remove the bowl from the mixer and using a wooden spoon add in the flour mixture, followed by the chips and peanuts. Stir to until combined.

Scrape dough into the prepared pan and spread evenly. Bake for 25 – 30 minutes until the blondies are a golden brown and tooth pick comes out clean. Cool blondies completely on a cooling rack. Slice into 12 squares.

Just as fun to give as it is to receive