My first cooking class, pizza making with Chef Raffaele.  I was joined by only one other woman, Brenda, from South Africa. She also is traveling alone and I believe we have the same classes for the rest of the week. Thankfully, she doesn’t like to dine on her own either, so we will be meeting up this evening for dinner. 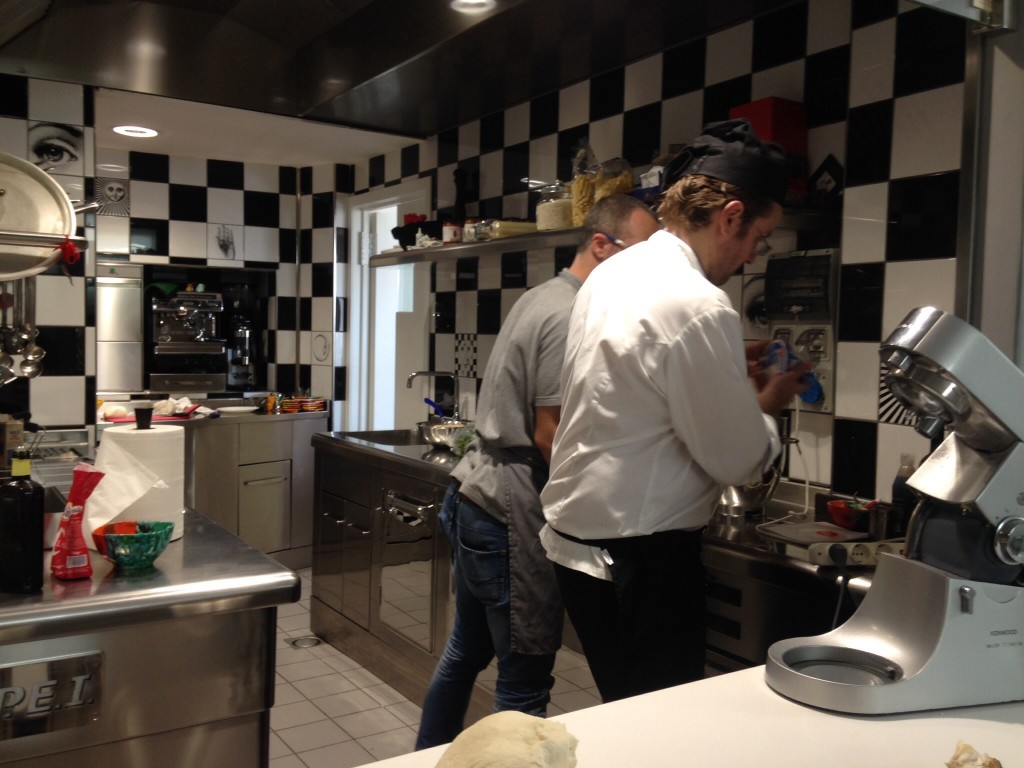 Even though I weekly make pizza from scratch, it was fascinating to work with the Chef. He was very particular in his teaching and did not want us taking any notes, just to watch and learn hands on. He uses 00 semolina flour for his pizza, which I have recently switched to using.  In all we did, he constantly stressed being gentle.  I felt it was so very Italian, no rushing, gentle touching…. 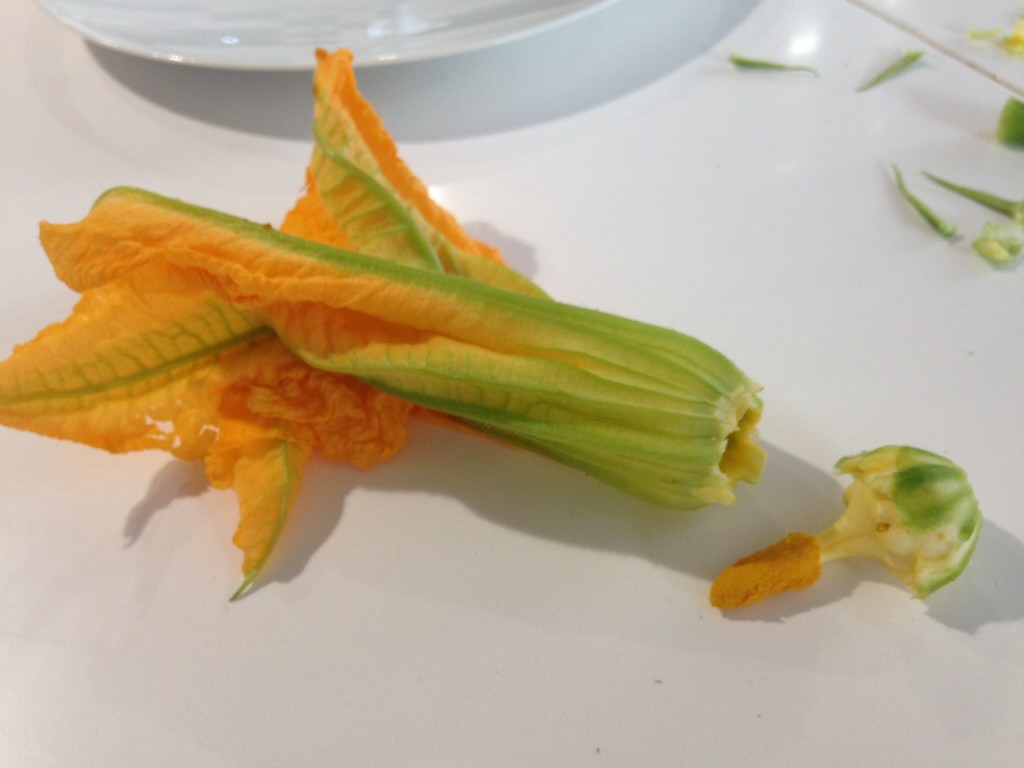 And the same gentleness was required for the zucchini blossoms. Gently cutting away the stem, gently filling them with a mixture of ricotta, mozzarella, Parmigiana Reggiano and basil and then…. 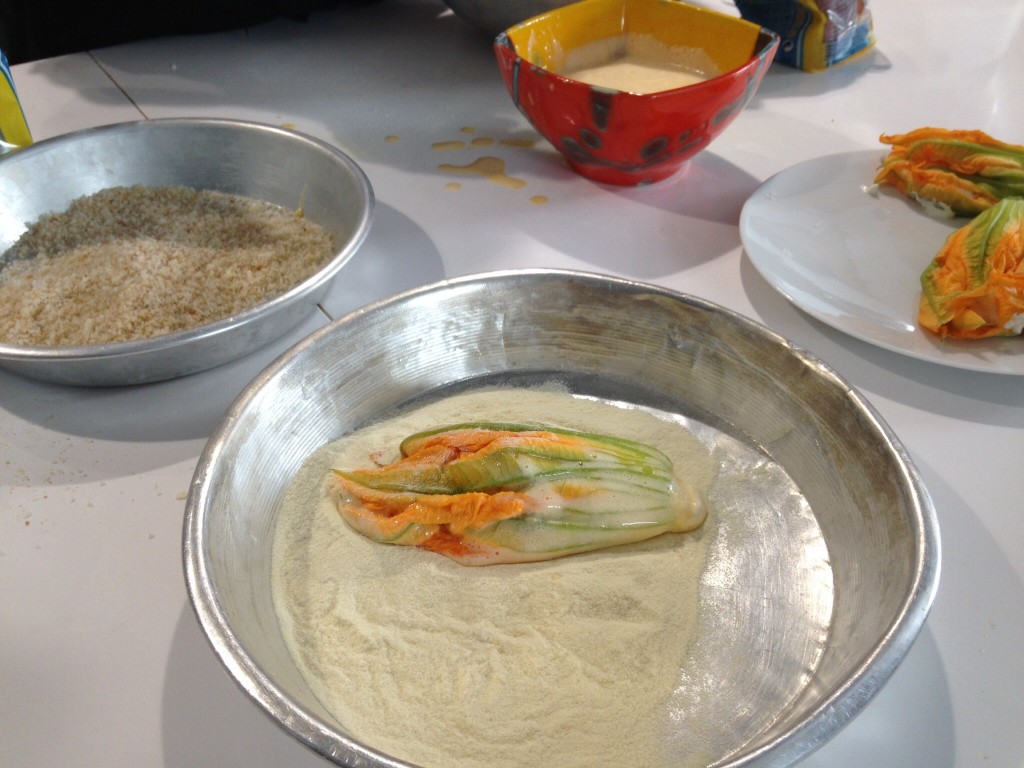 Gently rolling in flour, he used farina flour -extremely fine and light, dipped into egg, flour again and bread crumbs.  I would replace “gently” with another adjective but he drilled this into us so often, that it is the only way to describe the method. 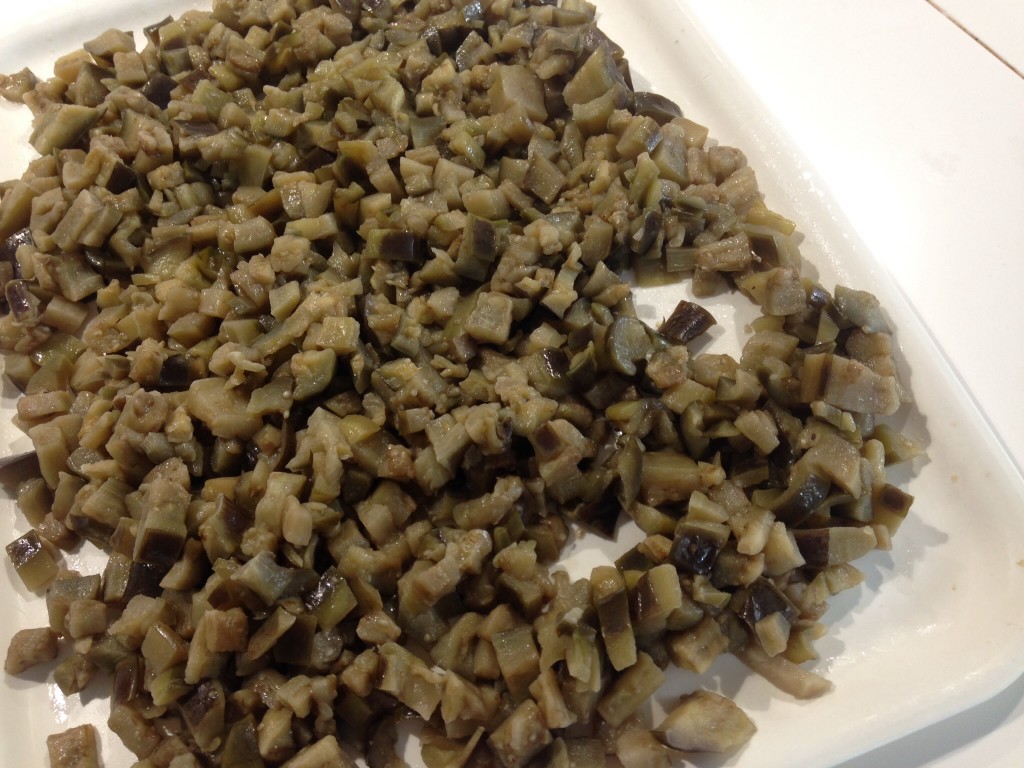 Along with the zucchini flowers we began making eggplant bites. The eggplant – melanzane – was diced small and one great tip, after salting the diced eggplant, he filled the bowl with water as he said the salt alone begins to ‘cook’ the eggplant.  At this point the eggplant had soaked in salt water for 5 minutes, drained, then sautéed on his, get this – electric flat stovetop!  No gas! 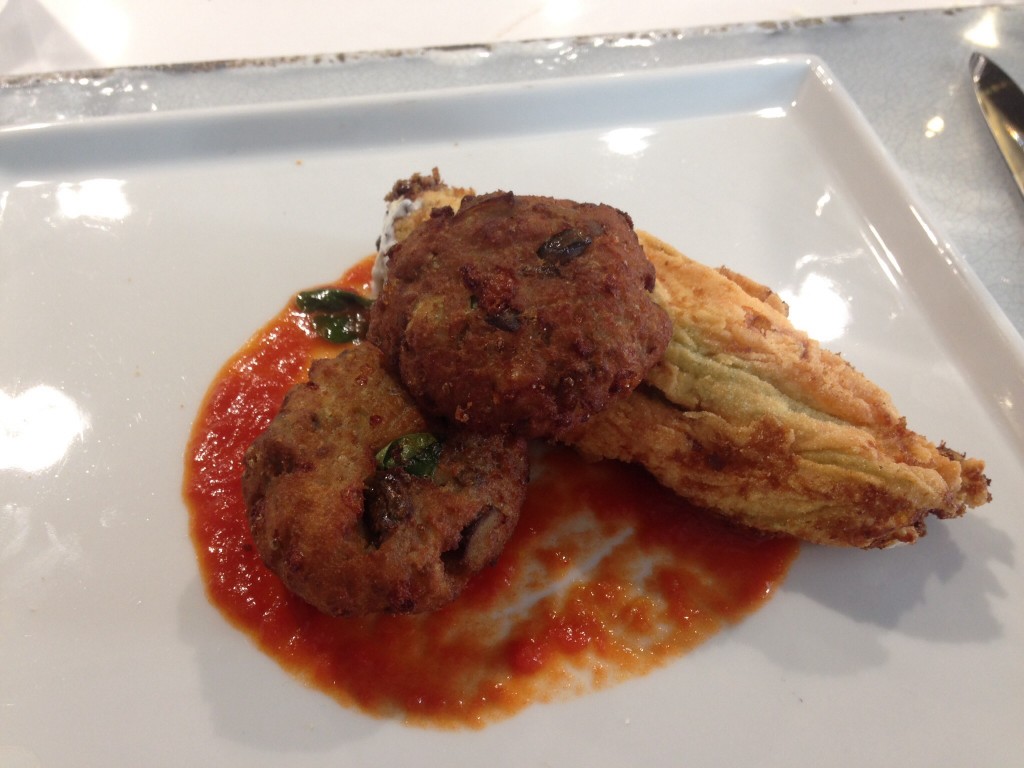 The sautéed eggplant was then mixed with egg, gently torn basil and breadcrumbs.  However at the point of hand mixing all the ingredients, he instructed me to drop the gentleness and get firm!  Both were chilled and then quickly deep-fried and plated with the same quick sauce we made for the pizza. 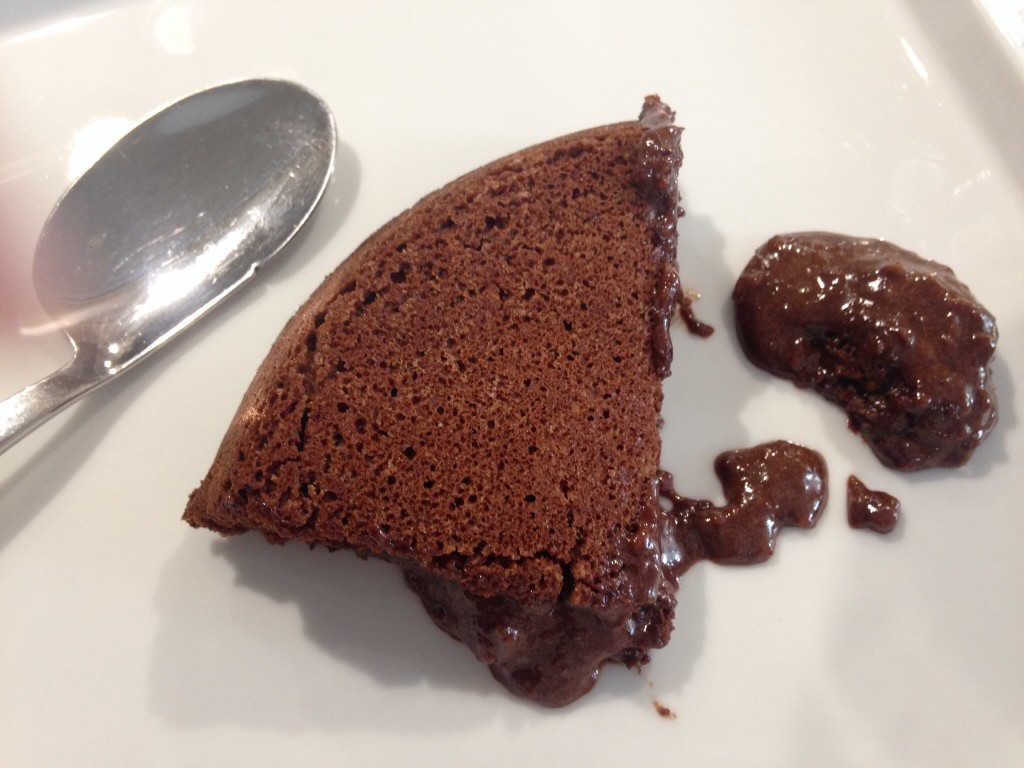 Chocolate Lava Cake was our finale, sweet ending. He so effortlessly prepared each step, placing the egg whites in a bowl rubbed with lemon and the yolks in another bowl we rubbed in amaretto! Love that little tip! 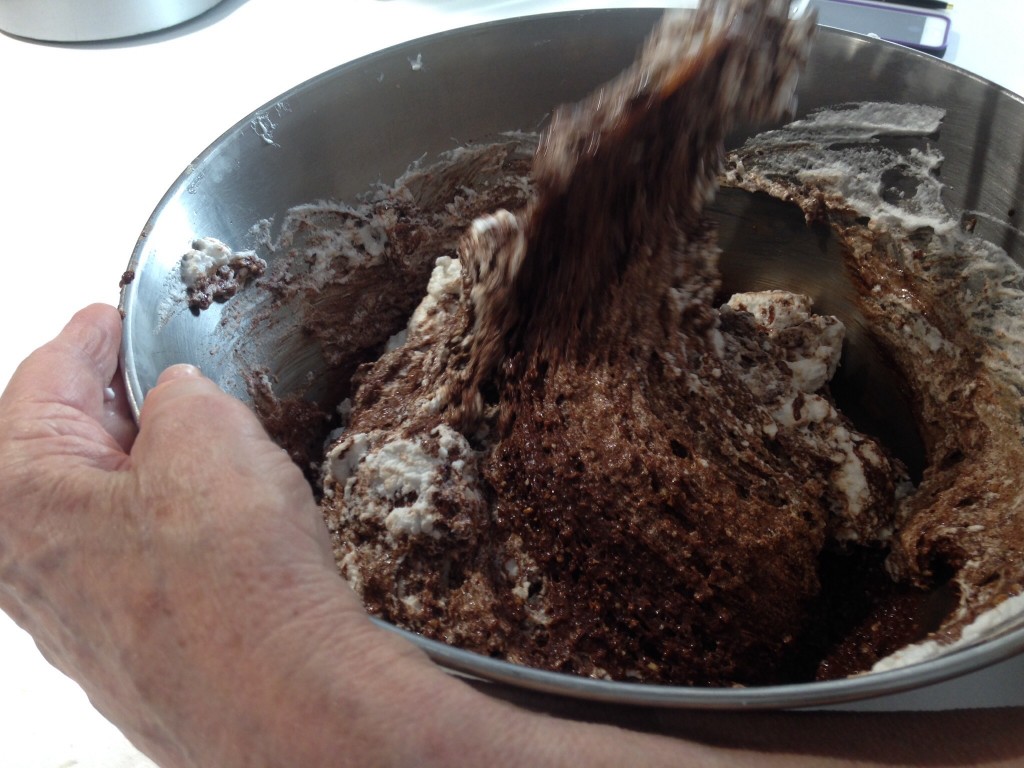 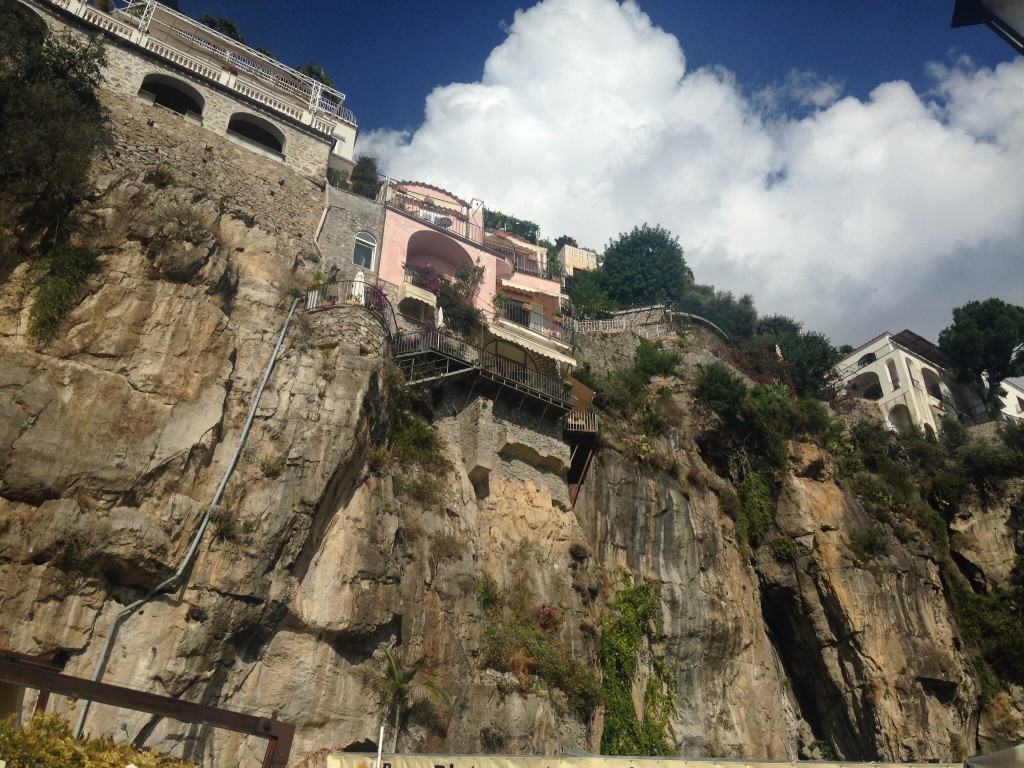 Now after all that food, it was time to walk and explore.

Later in the evening was the celebration of the Feast of Our Lady Queen of the Most Holy Rosary.  It began with a mass, followed by the precession of  a musical band, children in their white altar vestments and a huge beautiful statue of Mary holding her baby Jesus carried through the town streets. Tiny candles lite the road ways and the feast ended with a very impressive firework display.  This evening brought out more of the locals, grandparents, mothers, fathers, children…everywhere…greeting and kissing each other.   I couldn’t have been happier watching all this love and enjoyment of life.

The processions was occurring as Brenda and I were heading to dinner; a recommendation from Lauren, my Cooking Vacations host, at Ristorante Da Vincenzo, and my most favorite meal so far.  With a starter of thinly slices zucchini, baked with mozzarella and basil, it just melted in your mouth…a local white fish, similar to a white tuna with sautéed cherry tomatoes, capers and olives and the dessert, compliments of Lauren, baba ah rhum cake so delicately moist, with fresh berries and whipped cream and a cream limoncello….delizioso! 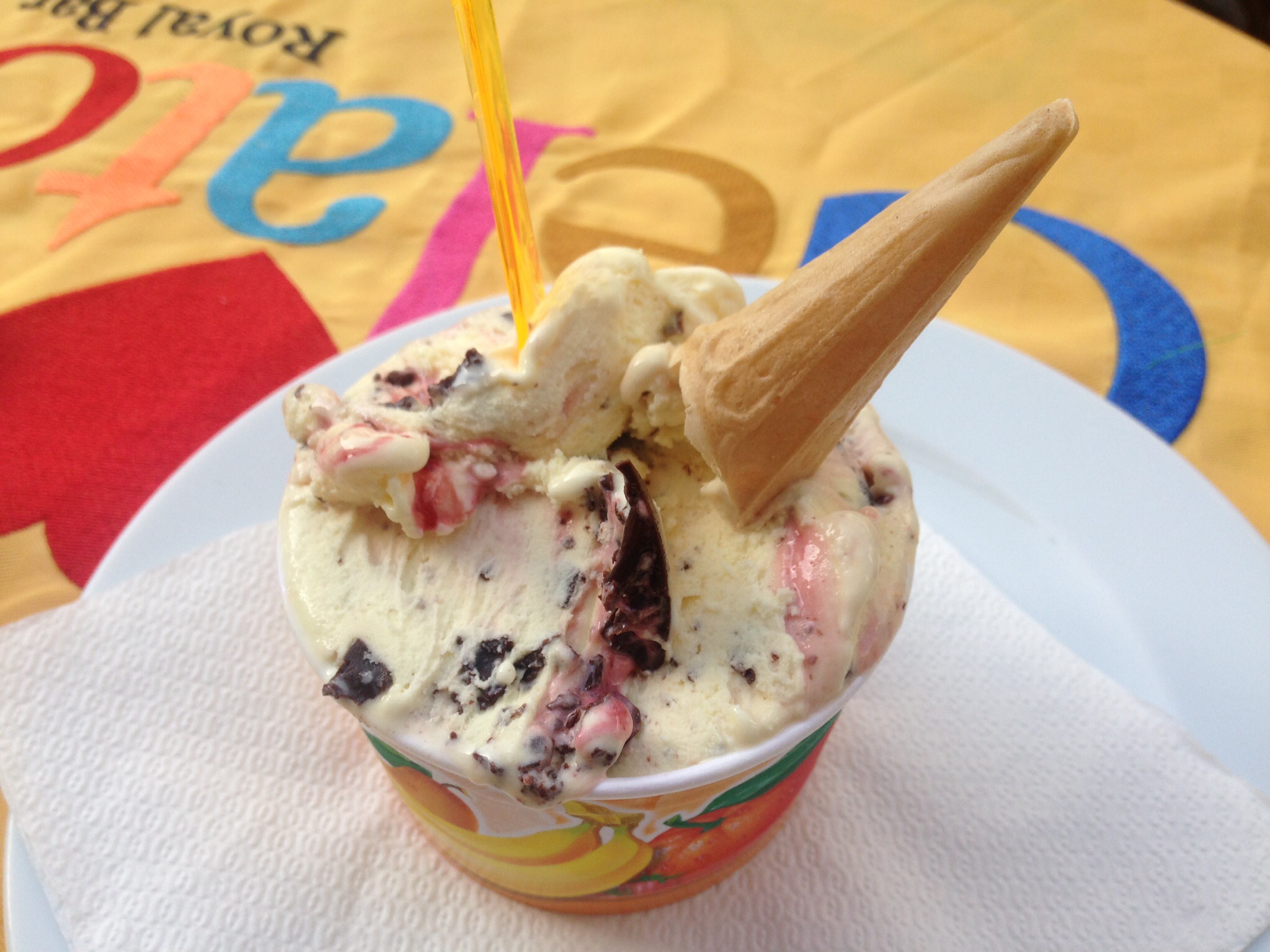